"All is Lost" Movies with boats.

Since learning of the upcoming movie, a few months ago, I have been looking forward to the chance to see it someday.  I saw a trailer for the movie on the internet and was less intrigued, but after reading a review in the BBC online news I am interested again.  BBC News - Why Robert Redford lost his voice in All is Lost
I mean really, how bad can it be, with and hour and a half of sailboat on film and one of the best popular actors of our time?

The trailer I saw made me worry that the movie would not get the sailing details correct or realistic.  I am good in the agreement between an artist and the audience in playing my part in the suspension of disbelief, but some times the artists can ask a bit much.  I was also concerned that the movie might just be a vehicle for Mr. Redford to be on screen.  Actually that was less of a concern because I don't really know of any roles he has played that I haven't enjoyed watching.  He and Paul Newman, his on screen partner a few times, have aged in roles and on screen more elegantly than most and retained their charm and charism thru out.  I miss Paul.

The article gives a description of the movie that contains this quote from it's director, and it is what has won me over again and got me looking forward to seeing the movie when I can:

"The thing that drove me to write this is that it's a meditation on mortality," he says.
"If you don't embrace that every day is a gift, you can find yourself a 75-year-old not quite having felt like you've lived every day."
This is a sentiment that has deep roots in my mind and is fed almost daily by the actions and directions of most men.  Not only do I think we need to better embrace each day as a gift, but we also need to embrace our own death, and that of others, as fact, real, but as the filter by which we are allowed to realize the beauty of this life.
All is not lost.  Remember, where ever your at, that's where you are. 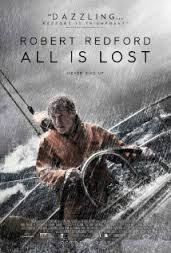 Still have my doubts about the sailing aspect of the movie but I guess that I will just have to wait and see.
Posted by Richard at 5:02 AM